Washington has a growing, diversified economy with an increasing percentage of professional and business service jobs. Many organizations such as law firms, independent contractors (both defense and civilian), non-profit organizations, lobbying firms, trade unions, industry trade groups, and professional associations have their headquarters in or near D.C. to be close to the federal government

The District has growing industries not directly related to government, especially in the areas of education, finance, public policy, and scientific research. The George Washington University, Georgetown University, Washington Hospital Center, Howard University, and Fannie Mae are the top five non-government-related employers in the city.

Gentrification efforts are taking hold in Washington, D.C., notably in the neighborhoods of Logan Circle, Shaw, Columbia Heights, the U Street Corridor, and the 14th Street Corridor. Development was fostered in some neighborhoods by the late-1990s construction of the Green Line on Metrorail, Washington’s subway system, which linked them to the downtown area. In March 2008, a new shopping mall in Columbia Heights became the first new major retail center in the District in 40 years. As in many cities, gentrification is revitalizing Washington’s economy.

The architecture of Washington varies greatly. Six of the top 10 buildings in the American Institute of Architects’ 2007 ranking of “America’s Favorite Architecture” are located in the District of Columbia, including: the White House; the Washington National Cathedral; the Thomas Jefferson Memorial; the United States Capitol; the Lincoln Memorial; and the Vietnam Veterans Memorial. The neoclassical, Georgian, gothic, and modern architectural styles are all reflected among those six structures and many other prominent edifices in Washington. Notable exceptions include buildings constructed in the French Second Empire style such as the Old Executive Office Building and Library of Congress. 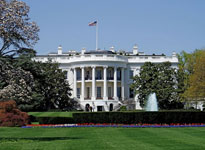 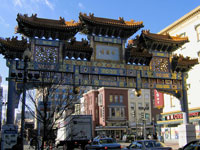 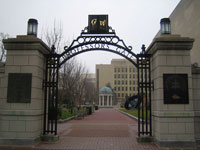 Outside downtown Washington, architectural styles are even more varied. Historic buildings are designed primarily in the Queen Anne, Chateauesque, Richardsonian Romanesque, Georgian revival, Beaux-Arts, and a variety of Victorian styles. Rowhouses are especially prominent in areas developed after the Civil War and typically follow Federalist and late Victorian designs. Since Georgetown was established before the city of Washington, the neighborhood features the District’s oldest architecture. Georgetown’s Old Stone House was built in 1765, making it the oldest standing building in the city. The majority of current homes in the neighborhood, however, were not built until the 1870s and reflect late Victorian designs of the period. Founded in 1789, Georgetown University is more distinct from the neighborhood and features a mix of Romanesque and Gothic Revival architecture. The Ronald Reagan Building is the largest building in the District with a total area of approximately 3.1 million square feet (288,000 m2). 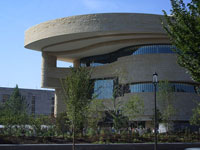 Museum of the American Indian 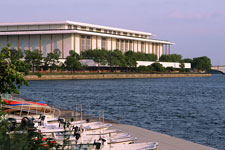 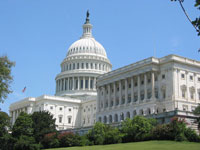 Washington is one of only 13 cities in the United States with teams from all four major men’s sports: football, basketball, baseball, and ice hockey. When soccer is included, Washington is one of only eight cities to have all five professional men’s sports. D.C. teams have won a combined 11 professional league championships: D.C. United has won four (the most in MLS history); the Washington Redskins have won three; the Washington Bayhawks have won two; and the Washington Wizards and the Washington Glory have each won a single championship. The William H.G. FitzGerald Tennis Center in Rock Creek Park hosts the Legg Mason Tennis Classic. The Marine Corps Marathon and the National Marathon are both held annually in Washington. The D.C. area is home to one regional sports television network, Comcast SportsNet (CSN), based in Bethesda, Maryland.

If you answered yes to any of the above questions, you will need an event permit in the City of Washington, D.C. and EventPermits will facilitate all of your needs on your behalf.