Philadelphia contains many national historical sites that relate to the founding of the United States. Independence National Historical Park is the center of these historical landmarks. Independence Hall, where the Declaration of Independence was signed, and the Liberty Bell are the city’s most famous attractions. Other historic sites include homes for Edgar Allan Poe, Betsy Ross, and Thaddeus Kosciuszko, early government buildings like the First and Second Banks of the United States, Fort Mifflin, and the Gloria Dei (Old Swedes’) Church National Historic Site. 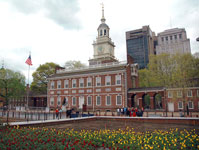 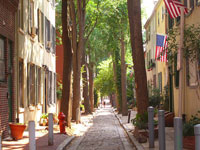 Shopping options in Center City include The Gallery at Market East, The Shops at Liberty Place, Jewelers’ Row, Philadelphia, South Street, and a variety of standalone independent retailers. “Rittenhouse Row”, a four-block section of Walnut Street has higher-end clothing chain stores, Hipster-inspired clothing stores. The parallel streets of Sansom and Chestnut in this area have some high-end boutiques and clothing retailers. Old City has some emerging boutiques from local, as well as international merchandisers. The Reading Terminal Market includes dozens of take-out restaurants, specialty food vendors, and small grocery store operators, a few of which are operated by Amish farmers from nearby Lancaster County. 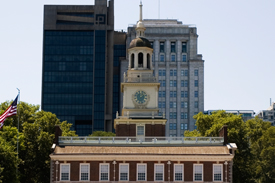 Philadelphia also has a few eclectic neighborhood shopping districts, usually consisting of a few blocks along a major neighborhood thoroughfare, such as in Manayunk or Chestnut Hill. The Italian Market in South Philadelphia offers groceries, meats, cheeses and housewares, historically from Italy, but now from many nationalities. Two famed cheesesteak restaurants, Geno’s and Pat’s, are located nearby.

There are several large shopping malls and strip malls in the region, including Franklin Mills in Northeast Philadelphia, and many in the suburbs, most notably King of Prussia Mall in King of Prussia, Pennsylvania, 19 miles from the heart of the city. The latter is the largest shopping mall on the US East Coast and the largest in the country in terms of leasable retail space.

The city’s professional teams went without a championship from 1983, when the 76ers won the NBA Championship, until 2008, when the Phillies won the World Series. In 2004, ESPN ranked Philadelphia second on its list of The Fifteen Most Tortured Sports Cities. The failure was sometimes attributed in jest to the “Curse of Billy Penn”. 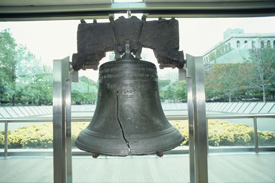 Major-sport professional sports teams that originated in Philadelphia but ultimately moved to other cities include the Golden State Warriors basketball team and the Oakland A’s baseball team.

In February 2008, Philadelphia beat several other cities in competition for the 16th Major League Soccer franchise. They will enter the league in 2010 calling Chester Stadium their home (a soccer specific stadium) in Chester, PA.

Philadelphia is also home to The Arena, the birthplace of Extreme Championship Wrestling and current home to multiple wrestling and boxing promotions.

Philadelphia is also home to the American national rugby league (AMNRL) team the Philadelphia Fight who reached the grand final in the 1998 and 2000 seasons.

There will be a professional rugby league team in Philadelphia when the new National Rugby League USA competition starts in 2010.

If you answered yes to any of the above questions, you will need an event permit in the City of Philadelphia and EventPermits will facilitate all of your needs on your behalf.