Los Angeles is host to many outdoor events on an annual basis. As you start the planning process, it is important to recognize that your event plays a unique part in the relationship with the community. A quality event can make a difference to the City of Los Angeles. EventPermits works with the City of Los Angeles and its partners, in planning safe and successful events that comply with city law.

Due to L.A.’s stance as the “Entertainment Capital of the World”, there is an abundance of attractions here. Consequently, the Greater L.A. Area is one of the most visited areas in the world. Here is a breakdown of some of its major attractions: 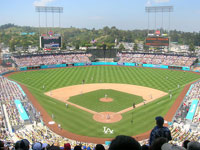 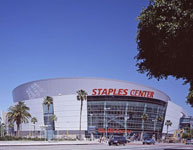 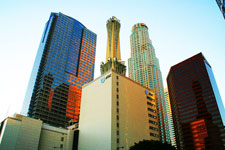 Since the franchise’s departures the NFL as an organization, and individual NFL owners, have attempted to relocate a team to the city. Immediately following the 1995 NFL season, Seattle Seahawks owner Ken Behring went as far as packing up moving vans to start play in the Rose Bowl under a new team name and logo for the 1996 season. The State of Washington filed a lawsuit to prevent the move. In 2003, then NFL Commissioner Paul Tagliabue indicated L.A. would get a new expansion team, a thirty-third franchise, after the choice of Houston over L.A. in the 2002 league expansion round. When the New Orleans Saints were displaced from the Superdome by Hurricane Katrina media outlets reported the NFL was planning to move the team to Los Angeles permanently. Despite these efforts, and the failure to build a new stadium for an NFL team, L.A. is still expecting to return to the league through expansion or relocation.

Los Angeles has twice played host to the summer Olympic Games, in 1932 and in 1984. When the tenth Olympic Games were hosted in 1932, the former 10th Street was renamed Olympic Blvd. Super Bowls I and VII were also held in the city as well as soccer’s international World Cup in 1994.

If you answered yes to any of the above questions, you will need an event permit in the City of Los Angeles and EventPermits will facilitate all of your needs on your behalf.