Las Vegas is host to many outdoor events on an annual basis. As you start the planning process, it is important to recognize that your event plays a unique part in the relationship with the community. A quality event can make a difference to the City of Las Vegas. EventPermits works with the City of Las Vegas and its partners, in planning safe and successful events that comply with city law. 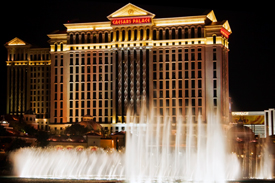 Las Vegas has recently enjoyed an enormous boom both in population and in tourism. The urban area has grown outward so quickly that it is beginning to run into Bureau of Land Management holdings along its edges, increasing land values enough that medium- and high-density development is beginning to occur closer to the core. As a reflection of the city’s rapid growing population, the new Chinatown of Las Vegas was constructed in the early 1990s on Spring Mountain Road. Chinatown initially consisted of only one large shopping center complex, but the area was recently expanded for new shopping centers that contain various Asian businesses.

With the Strip expansion in the 1990s, the downtown area (which has maintained an old Las Vegas feel) began to suffer. The city made a concerted effort to turn around the fortunes of downtown. The Fremont Street Experience (FSE) was built in an effort to draw tourists back to the area and has proven to be popular in that regard. The multi-level Neonopolis, complete with 11 theaters (managed by Galaxy Theaters, Inc.), was built to offer more retail opportunity and services. Many high-rise condominium projects have also been underway as downtown is transforming into a livable neighborhood. Other promising signs emerged for the area. The city had successfully lured the Internal Revenue Service operations from the far west of the city to a new downtown building that opened in April 2005. The IRS move is expected to create a greater demand for additional businesses in the area, especially in the daytime hours.

The city purchased 61 acres (247,000 m2) of property from Union Pacific Railroad in 1995 with the goal of creating something that would draw more tourists and locals to the downtown area. In 2004 Las Vegas Mayor Oscar Goodman announced plans for the Union Park Development, which will include residential and office high-rises, The Lou Ruvo Brain Institute, an academic medical center, The Smith Center for the Performing Arts, and a new City Hall. The San Diego-based Newland Communities was chosen by the city as the new development firm. The Newland contract calls for Dan Van Epp, Newland’s regional vice president and former president of the Howard Hughes Corp., to oversee his company’s work on Union Park.

In 2004, the city collaborated with Cheetah Wireless Technologies and MeshNetwork to pilot a wide area mobile broadband system. The pilot system is installed downtown, around the Fremont Street Experience. In 2005, on a lot adjacent to the city’s 61 ac (247,000 m2), the World Market Center opened. It is intended to be the nations and possibly the world’s preeminent furniture wholesale showroom and marketplace, and is meant to compete with the current furniture market capital of High Point, North Carolina.

On October 23, 2006, plans were unveiled to build a World Jewelry Center in Downtown’s Union Park. Similar to the World Market Center, the WJC will be a one-stop shop for jewelry trade shows from around the world. The project proposes a 57-story, 815-foot (248 m) office tower. 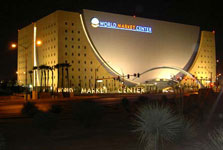 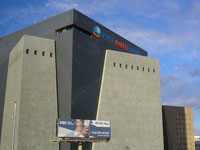 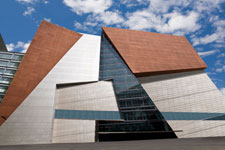 The major attractions in Las Vegas are the casinos. The most famous hotel casinos are located on Las Vegas Boulevard, better known as the Las Vegas Strip. Many of these hotels are massive, carrying thousands of rooms, with their large adjoining casino areas. There are many hotel casinos in the city’s downtown area as well, which was the original focal point of the city’s gaming industry in its early days. Several large hotels and casinos are also located somewhat off the Strip but adjacent to it, as well as in the county around the city.

Some of the most notable casinos involved in downtown gaming are on the Fremont Street Experience, which was granted variances to allow bars to be closer together, similar to the Gaslamp Quarter of San Diego.

Las Vegas does not have major-league sports, although the metropolitan population is as large as or larger than many cities that have them. The two major reasons are concern about legal sports betting and competition for the entertainment dollar, both of which Las Vegas have in abundance. The city currently has two minor league sports teams, baseball’s Las Vegas 51s of the Pacific Coast League (the AAA farm club of the Toronto Blue Jays), and hockey’s Las Vegas Wranglers of the ECHL (an affiliate of the Calgary Flames).

In the past, the city had teams in the Canadian Football League, the XFL and the Arena Football League. There was recent mention in the local media that the San Diego Chargers of the NFL may be considering Las Vegas as a relocation destination. There is speculation that the completion of a new arena (expected to open in 2010) will bring teams from the NBA and NHL. The city is reportedly on the short list of Major League Soccer for an expansion franchise in the near future. There have also been contacts between city officials and several Major League Baseball owners regarding relocation. The ownership of the Florida Marlins held a widely publicized meeting with Mayor Oscar Goodman in the winter of 2004. The city was a strong candidate to be the new home of the Montreal Expos, who eventually became the Washington Nationals. It was reported that the guarantee of a new stadium built entirely with public funds swung the balance in Washington’s favor. Major League Baseball held their 2008 winter meetings in Las Vegas. 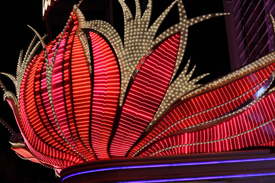 High profile limited-duration sporting events have been successful. Las Vegas hosted the 2007 NBA All-Star Game. The NASCAR Sprint Cup series has drawn up to 165,000 fans. Las Vegas also hosts a significant number of professional fights, primarily boxing fights. Many of these fights (such as those in MMA’s UFC) take place near downtown or on the Strip in one of the major resort/hotel/casino event centers. Mandalay Bay is frequently a top contender as a venue for the UFC. Las Vegas is often referred to as “The Mecca of boxing”, title which it often shares with New York’s Madison Square Garden. Meanwhile, the amateur MMA league Tuff-N-Uff competes at The Orleans. The National Finals Rodeo has drawn thousands of fans to the city since 1985, and a contract extension was signed in 2005 keeping the event in Las Vegas through 2014. The NBA Summer League is currently held in the city, and the USA Olympic basketball team trained in the city in 2008.

The University of Nevada, Las Vegas competes in NCAA Division I in men’s and women’s sports. UNLV is a member of the Mountain West Conference. The College of Southern Nevada also has an athletic program, with significant success in baseball at the community college level.

If you answered yes to any of the above questions, you will need an event permit in the City of Las Vegas and EventPermits will facilitate all of your needs on your behalf.