Houston is host to many outdoor events on an annual basis. As you start the planning process, it is important to recognize that your event plays a unique part in the relationship with the community. A quality event can make a difference to the City of Houston. EventPermits works with the City of Houston and its partners, in planning safe and successful events that comply with city law. 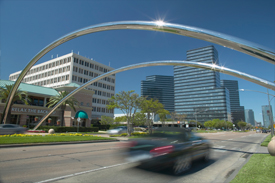 Houston is home to 337 parks including Hermann Park, which houses the Houston Zoo and the Houston Museum of Natural Science, Terry Hershey Park, Lake Houston Park, Memorial Park, Tranquility Park, Sesquicentennial Park, Discovery Green and Sam Houston Park (which contains restored and reconstructed homes that were originally built between 1823 and 1905). Of the 10 most populous U.S. cities, Houston has the largest total area of parks and green space: 56,405 acres (228 km2). The city also has over 200 additional green spaces totaling over 19,600 acres (79 km2) that are managed by the city including the Houston Arboretum and Nature Center. The serves as a popular tourist attraction and sits in Uptown Houston. The Houston Civic Center was replaced by the George R. Brown Convention Center one of the nation’s largest and the Jesse H. Jones Hall for the Performing Arts, home of the Houston Symphony Orchestra and Society for the Performing Arts. The Sam Houston Coliseum and Music Hall have been replaced by the Hobby Center for the Performing Arts.

Space Center Houston is the official visitors’ center of NASA’s Lyndon B. Johnson Space Center. Here one will find many interactive exhibits including moon rocks, a shuttle simulator, and presentations about the history of NASA’s manned space flight program. 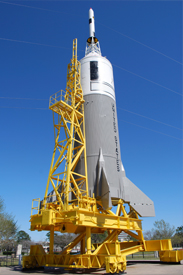 Minute Maid Park (home of the Astros) and Toyota Center (home of the Rockets, and Aeros) are located in a revived area of downtown. The city has the Reliant Astrodome, the first domed stadium in the world; it also holds the NFL’s first retractable-roof stadium, Reliant Stadium. Other sports facilities in Houston include Hofheinz Pavilion, Reliant Arena (former home of the Comets), and Robertson Stadium (both used for University of Houston collegiate sports, the latter also for the Houston Dynamo), and Rice Stadium (home of the Rice University Owls football team). The infrequently used Reliant Astrodome hosted World Wrestling Entertainment’s WrestleMania X-Seven on April 1, 2001, where an attendance record of 67,925 was set. The city will host WrestleMania XXV at Reliant Stadium on April 5, 2009.

Houston has hosted major recent sporting events, including the 2004 Major League Baseball All-Star Game, the 2000 IHL All-Star Game, the 2005 World Series, the 2005 Big 12 Conference football championship game, the 2006 NBA All-Star Game, the U.S. Men’s Clay Court Championships from 2001-2006, and the Tennis Masters Cup in 2003 and 2004, as well as the annual Shell Houston Open golf tournament. Starting in 2009, Houston will host the final official event in the LPGA golf season, the Stanford Financial Tour Championship. The city hosts the annual NCAA College Baseball Minute Maid Classic every February and NCAA football’s Texas Bowl in December. Houston has hosted the Super Bowl championship game twice. Super Bowl VIII was played at Rice Stadium in 1974 and Super Bowl XXXVIII was played at Reliant Stadium in 2004. From 1998 to 2001, the CART auto racing series held a yearly race, the Grand Prix of Houston, on downtown streets. After a five-year hiatus, CART’s successor series, Champ Car, revived the race for 2006 and 2007 on the streets surrounding the Reliant Park complex. However, Champ Car merged with the rival Indy Racing League (IRL) in 2008, discontinuing the Houston race in the process.

If you answered yes to any of the above questions, you will need an event permit in the City of Houston and EventPermits will facilitate all of your needs on your behalf.