Denver is host to many outdoor events on an annual basis. As you start the planning process, it is important to recognize that your event plays a unique part in the relationship with the community. A quality event can make a difference to the City of Denver. EventPermits works with the City of Denver and its partners, in planning safe and successful events that comply with city law.

Denver is home to many nationally recognized museums, including a new wing for the Denver Art Museum by world-renowned architect Daniel Libeskind, the second largest Performing arts center in the nation after Lincoln Center in New York City and bustling neighborhoods such as LoDo, filled with art galleries, restaurants, bars and clubs. That is part of the reason why Denver was recently recognized for the third year in a row as the best city for singles. Denver’s neighborhoods also continue their influx of diverse people and businesses while the city’s cultural institutions grow and prosper. The city acquired the estate of abstract expressionist painter Clyfford Still in 2004 and plans to build a museum to exhibit his works near the Denver Art Museum by 2010. 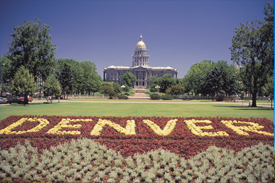 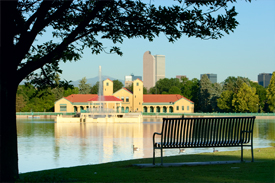 While Denver may not be as recognized for historical musical prominence as some other American cities, it still manages to have a very active pop, jazz, jam, folk, and classical music scene, which has nurtured several artists and genres to regional, national, and even international attention. Of particular note is Denver’s importance in the folk scene of the 1960s and 1970s. Well-known folk artists such as Bob Dylan, Judy Collins and John Denver lived in Denver at various points during this time, and performed at local clubs.[68] More recent Denver-based artists include The Fray, The Flobots, and Cephalic Carnage.

Because of its proximity to the mountains, and generally sunny weather, Denver has gained a reputation as being a very active, outdoor oriented city. Many Denver residents spend the weekends in the mountains; either skiing in the winter or hiking, climbing, kayaking and camping in the summer.

Additionally, Denver and the surrounding cities of the Front Range are home to a large number of local and national breweries. Many restaurants in the region have on-site breweries, and some of the larger brewers, including Coors and the New Belgium Brewing Company, offer tours. Overall, Denver ranks 1st in the nation in terms of beer production per capita, and second overall in terms of number of breweries. The city also welcomes visitors from around the world when it hosts the annual Great American Beer Festival each fall. 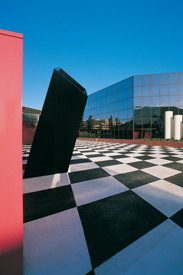 Colorado has a history steeped in ranching and livestock production. Denver used to be a major trading center beef and livestock when ranchers from all around the high prairie would drive (or later transport) cattle to the Denver Union Stockyards for sale. As a celebration of that history, each year for more than a century, Denver hosts the National Western Stock Show. The “stock show” as the locals say, is the largest event of its kind among agricultural, western American lifestyle and cultural events in the world, attracting as many as 10,000 animals and 700,000 attendees. The National Western Stock Show is held every January at the National Western Complex, which is located on the northeast edge of downtown.

The Dragon Boat Festival in July, Moon Festival in September and Chinese New Year are annual events in Denver for the Chinese and Asian residents. Chinese hot pot (huo guo) and Korean BBQ restaurants have been growing in popularity. The Denver area has 2 Chinese newspapers, the Chinese American Post and the Colorado Chinese News.

Of other cultural events, Denver hosts two of the largest Hispanic celebrations in the nation known to locals as Cinco de Mayo, occurring in May, and El Grito de la Independencia, occurring in September.

Denver is home to many sports teams and belongs to a select group of U.S. cities with teams from four major sports. Denver submitted the winning bid to host the 1976 Winter Olympics, but subsequently withdrew giving it the dubious distinction of being the only city to back out after winning a bid to host the Olympics. The Denver Broncos of the NFL have been able to draw crowds of nearly 70,000 since their AFL origins in the early 1960s and continue to draw fans today to their current home Invesco Field at Mile High. The team has advanced to the Super Bowl six times and won back-to-back in 1998 and ’99. In the 1980s and 1990s, one of the top priorities of former Mayor Federico Pena was bringing major league baseball to the city, an effort which culminated in the construction of Coors Field and the creation of the Colorado Rockies as an expansion franchise in 1993. 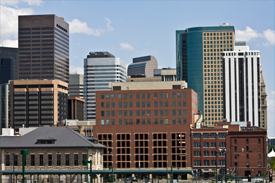 The Rockies advanced to the playoffs in 1995, but were eliminated in the first round. In 2007, their late-season winning streak saw them advance to the playoffs as a wild-card entrant, advance to and win the NL Championship Series and bring the World Series to Denver for the first time. Denver is also home to the Colorado Avalanche, a National Hockey League team that relocated from Quebec City in 1995. They have won two Stanley Cups (1996 and 2001) while in Denver and play at Pepsi Center, which also hosts the Denver Nuggets of the National Basketball Association, the Colorado Mammoth of the National Lacrosse League and the Colorado Crush of the Arena Football League. The Major League Soccer team Colorado Rapids play in Dick’s Sporting Goods Park, an 18,000 seat stadium opened for the 2007 MLS season is located in Commerce City, a suburb of Denver. In 2006 Denver established a professional outdoor lacrosse team, the Denver Outlaws. They play in Invesco Field and are sanctioned by Major League Lacrosse. In 2006, The Denver Outlaws won the Western Conference Championship.

If you answered yes to any of the above questions, you will need an event permit in the City of Denver and EventPermits will facilitate all of your needs on your behalf.