Cincinnati is host to many outdoor events on an annual basis. As you start the planning process, it is important to recognize that your event plays a unique part in the relationship with the community. A quality event can make a difference to the City of Cincinnati. EventPermits works with the City of Cincinnati and its partners, in planning safe and successful events that comply with city law.

Cincinnati is home to numerous festivals and events throughout the year, including: 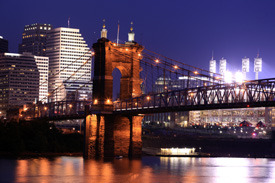 Cincinnati is identified with several unique foods. “Cincinnati chili” is commonly served by several independent chains, including Skyline Chili, Gold Star Chili, Empress Chili, Camp Washington Chili, and Dixie Chili and Deli. Goetta is a meat product popular in Cincinnati, usually eaten as a breakfast food. Cincinnati also has many gourmet restaurants. Until 2005, when the restaurant closed, The Maisonette carried the distinction of being Mobil Travel Guide’s longest running five-star restaurant in the country. Jean-Robert de Cavel has opened four new restaurants in the area since 2001, including Jean-Robert’s at Pigall’s which closed in March 2008. Cincinnati’s German heritage is evidenced by the many restaurants that specialize in schnitzels and Bavarian cooking. Another element of German culture remains audible in the local vernacular; some residents use the word please when asking a speaker to repeat a statement. This usage is taken from the German word for please, bitte, which is used in this sense.

Findlay Market is Ohio’s oldest continuously operated public market and one of Cincinnati’s most famous institutions. The market is the last remaining market among the many that once served Cincinnati. 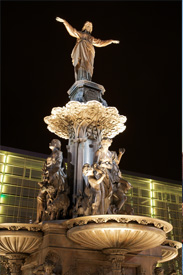 In August, 2008 Forbes magazine ranked Cincinnati as tenth in a list of “America’s Hard-Drinking Cities”.

Fans often refer to the city and its teams as “Cincy” for short. Even the Reds’ official website uses that name frequently.

If you answered yes to any of the above questions, you will need an event permit in the City of Cincinnati and EventPermits will facilitate all of your needs on your behalf.