Boston is host to many outdoor events on an annual basis. As you start the planning process, it is important to recognize that your event plays a unique part in the relationship with the community. A quality event can make a difference to the City of Boston. EventPermits works with the City of Boston and its partners, in planning safe and successful events that comply with city law. 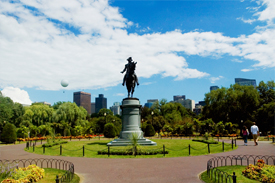 Several major events occur annually in Boston. One of the best known is the Boston Marathon, one of the oldest and most prestigious marathon races in the world. Taking place on the third Monday in April, the Marathon attracts professional runners from all over the world, and hundreds of thousands of Massachusetts residents gather to watch and cheer on the runners, who range from first-time participants to well-known athletes.

Boston was also the first major city to host the annual First Night festival, which occurs during New Year’s Eve. It is a major arts and activity festival that attracts over 1.5 million people. Started in 1976, it has since been emulated in other cities worldwide. The Saint Patrick’s Day Parade occurs in March and is popular with the city’s large Irish population.

The Boston LBGT Pride parade and festival attracts approximately 400,000 participants each June. The Boston Globe Jazz and Blues Festival also takes place each June, and the Boston Early Music Festival takes place every odd-numbered year. During the summer, there are musical performances at the Bank of America Pavilion on the South Boston waterfront. Also during the summer is Harborfest, a week-long festival celebrating American independence. Independence Day itself (the Fourth of July) is celebrated on the Charles River Esplanade; sunbathers and a flotilla of boats move in during the day, followed by fireworks after dark accompanied by classical and patriotic music performed by the Boston Pops.

The Boston Film Festival is held annually in early September. In addition, the weekend following Labor Day, the boutiques on Newbury Street close as over thirty art galleries spill out onto the street, providing access to their contents during Art Newbury Street.

Every year from June to September, celebrations honoring several Roman Catholic saints are held in the streets of Boston’s North End. These celebrations, or feasts, include Italian foods, religious services, parades, festivities, games, and live music and entertainment. The largest celebration of the year is the Feast of Saint Anthony in August. 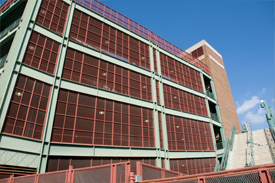 The Theater District, south of Boston Common, contains a number of ornate theatres, including the Boston Opera House, the Cutler Majestic Theatre and The Citi Performing Arts Center. The most prominent professional theater companies are located at the American Repertory Theatre in Cambridge and at the Huntington Theatre, but small companies and theaters are scattered throughout the city, including at the Boston Center for the Arts and the Calderwood Pavilion in Boston’s South End. The Boston Ballet is a world-renowned classical dance company. Street performers can be found in and around Quincy Market near Faneuil Hall. Every summer, the Commonwealth Shakespeare Company performs on the Boston Common.

Boston is also home to a wide array of music – from bands like Boston and Aerosmith – to the world-renowned Boston Symphony Orchestra, the famed Boston Pops, the Boston Symphony Chamber Players, the Boston Philharmonic, the Boston Chamber Music Society, Boston Lyric Opera Company, Boston Modern Orchestra Project, OperaBoston, the Celebrity Series of Boston and the Handel and Haydn Society (the oldest choral company in the U.S.). Major venues include Jordan Hall, Symphony Hall, and the Berklee Performance Center, as well as venues at each of the colleges and universities. Several important music schools are located in Boston, including the New England Conservatory for classical music, the Boston Conservatory for classical music, dance, and musical theater, and the Berklee College of Music for jazz and a variety of contemporary music styles. Every two years, the city hosts the Boston Early Music Festival, an international gathering for people interested in historical music performance.

There are also countless lesser-known local musicians, thanks to a thriving underground music scene. In contrast to what might be considered the more “refined” aspects of Boston’s culture, the city is also one of the birthplaces of hardcore punk and ska. Boston also had one of the leading local ska scenes in the ska revival of the mid-1990s with bands like The Mighty Mighty Bosstones, The Allstonians, and Skavoovie and the Epitones. 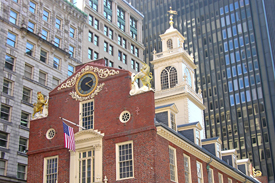 Boston was also the center of a thriving and influential indie rock, college rock, post-punk and new wave scenes throughout the 1980s and 1990s, including bands like The Cars, The Pixies, ‘Til Tuesday, Throwing Muses, Mission of Burma, The Lemonheads, Human Sexual Response, Galaxie 500, Damon & Naomi, Helium, The Pernice Brothers and Swirlies. Bands formed and located in the western part of Massachusetts in the college towns of Amherst and Northampton had a major impact on the Boston music scene: important bands from western Massachusetts include Sebadoh, Dinosaur Jr., Buffalo Tom, and Scud Mountain Boys. Other current notable bands and musicians who have been or are still based in Boston include T.W. Walsh, Evan Dando, and many others.

Current music venues support a diverse array of live music throughout Boston. Venues support local bands, and showcase national touring acts. Clubs include the Middle East, T.T. the Bears, P.A.’s Lounge, Great Scott, The Abbey Lounge, and The Paradise (a larger venue). This scene is supported by local press including The Boston Phoenix and the Weekly Dig, musicians from local colleges including the Berklee School of Music, and more recently Boston-based weblogs and podcasts such as Band in Boston Podcast.

The Boston Red Sox, a founding member of the American League of Major League Baseball in 1901, play their home games at Fenway Park, near Kenmore Square in the Fenway section of Boston. Built in 1912, it is the oldest sports arena or stadium in active use in the United States among the four major professional sports. Boston was also the site of the first game of the first modern World Series, in 1903. The series was played between the AL Champion Boston Americans and the NL champion Pittsburgh Pirates. Persistent reports that the team was known in 1903 as the “Boston Pilgrims” appear to be unfounded. Boston’s first professional baseball team was the Red Stockings, one of the charter members of the National League in 1871. The team played under that name until 1883, under the name Beaneaters until 1911, and under the name Braves from 1912 until they moved to Milwaukee after the 1952 season. Since 1966 they have played in Atlanta as the Atlanta Braves.

The TD Banknorth Garden (formerly called the FleetCenter and the Shawmut Center) is adjoined to North Station and is the home of three major league teams: the Boston Blazers of the National Lacrosse League, the Boston Bruins of the National Hockey League; and the Boston Celtics, the 2008 National Basketball Association champions. The arena seats 18,624 for basketball games and 17,565 for ice hockey venues. The Bruins were the first American member of the National Hockey League and an Original Six franchise. The Boston Celtics were founding members of the Basketball Association of America one of the two leagues that merged to form the NBA. The Celtics have the distinction of having won more championships than any other NBA team, with seventeen. 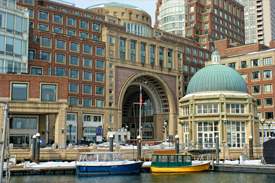 While they have played in suburban Foxborough since 1971, the New England Patriots were founded in 1960 as the Boston Patriots. A charter member of the American Football League, the team joined the National Football League in 1970. The team has won the Super Bowl three times, in 2001, 2003, and 2004. They share Gillette Stadium with the New England Revolution of Major League Soccer.

Boston’s many colleges and universities are active in college athletics. There are four NCAA Division I members in the city: Boston College (member of the Atlantic Coast Conference), Boston University (America East Conference), Northeastern University (Colonial Athletic Association), and Harvard University (Ivy League). All except Harvard, which belongs to ECAC Hockey, belong to the Hockey East conference. The hockey teams of these four universities meet every year in a four-team tournament known as the “Beanpot Tournament,” which is played at the TD Banknorth Garden over two Monday nights in February.

One of the most-famous sporting events in the city is the Boston Marathon, the 26.2 mile (42.2 km) run from Hopkinton to Copley Square in the Back Bay. The Marathon, the world’s oldest, is popular and heavily attended. It is run on Patriots’ Day in April and always coincides with a Red Sox home baseball game that starts at 11:05 AM, the only MLB game all year to start before noon local time. Another major event held in the city is the Head of the Charles Regatta rowing competition on the Charles River.

If you answered yes to any of the above questions, you will need an event permit in the City of Boston and EventPermits will facilitate all of your needs on your behalf.