Baltimore is host to many outdoor events on an annual basis. As you start the planning process, it is important to recognize that your event plays a unique part in the relationship with the community. A quality event can make a difference to the City of Baltimore.

EventPermits works with the City of Baltimore and its partners, in planning safe and successful events that comply with city law. 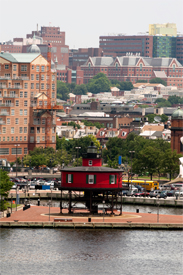 Historically a working-class port town, Baltimore has sometimes been dubbed a “city of neighborhoods,” with over 300 identified districts traditionally occupied by distinct ethnic groups. Most notable today are three downtown areas along the port: the Inner Harbor, frequented by tourists due to its hotels, shops, and museums; Fells Point, once a favorite entertainment spot for sailors but now refurbished and gentrified (and featured in the movie Sleepless in Seattle); and Little Italy, located between the other two, where Baltimore’s Italian-American community was based-and where current U.S. House Speaker Nancy Pelosi grew up. Further inland, Mt. Vernon is the traditional center of cultural and artistic life of the city; it is home to a distinctive Washington Monument, set atop a hill in a 19th century urban square, that predates the more well-known monument in Washington, D.C. by several decades. 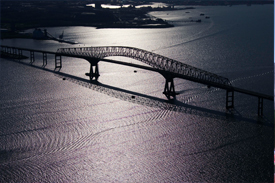 As Baltimore’s demographics have changed since World War Two, its cultural flavor and accents have evolved as well. Today, after decades of out-migration to suburbs beyond its corporate limits and significant in-migration of black Americans from Georgia and the Carolinas, Baltimore has become a majority black city with a significantly changed, but still regionally distinctive, dialect and culture. Recently, neighborhoods such as Federal Hill and Canton have undergone extensive gentrification and have proven to be popular places for young professionals and college students to reside. In addition, Latinos are making their mark, notably in Upper Fells Point.

Baltimore native John Waters parodies the city extensively in his films, including the 1972 cult classic Pink Flamingos. His film Hairspray and its Broadway musical remake are also set in Baltimore.

Baltimore has a long and storied sporting history encompassing many teams from many different eras. The Baltimore Orioles have represented Major League Baseball locally since 1954 when the St. Louis Browns moved to the city of Baltimore. The Orioles won three World Series Championships (1966, 1970, and 1983), advanced to the World Series in 1969, 1971, and 1979, and made the playoffs all but one year from 1969 through 1974. In 1995, local player (and later Hall of Famer) Cal Ripken, Jr. broke Lou Gehrig’s “unbreakable” streak of 2,130 consecutive games played (for which he was named the Sportsman of the Year by Sports Illustrated magazine). Six former Orioles players have been inducted into the Baseball Hall of Fame. 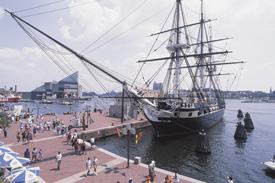 The Baltimore Ravens have represented the National Football League since moving from Cleveland in 1996. The team has had great success, including a Super Bowl Championship in 2001, two division championships (2003 and 2006), and two AFC Championship appearances in 2001 and 2009.

If you answered yes to any of the above questions, you will need an event permit in the City of Baltimore and EventPermits will facilitate all of your needs on your behalf.