Nashville is host to many outdoor events on an annual basis. As you start the planning process, it is important to recognize that your event plays a unique part in the relationship with the community. A quality event can make a difference to the City of Nashville. EventPermits works with the City of Nashville and its partners, in planning safe and successful events that comply with city law.

Much of the city’s cultural life has revolved around its large university community. Particularly significant in this respect were two groups of critics and writers who were associated with Vanderbilt University in the early twentieth century, the Fugitives and the Agrarians.

Popular destinations include Fort Nashborough and Fort Negley, the former being a reconstruction of the original settlement, the latter being a semi-restored Civil War battle fort; the Tennessee State Museum; and The Parthenon, a full-scale replica of the original Parthenon in Athens. The State Capitol is one of the oldest working state capitol buildings in the nation, while The Hermitage is one of the older presidential homes open to the public. The Nashville Zoo is one of the city’s newer attractions.

Many popular tourist sites involve country music, including the Country Music Hall of Fame and Museum, Belcourt Theatre and Ryman Auditorium. Ryman was home to the Grand Ole Opry until 1974 when the show moved to the Grand Ole Opry House nine miles east of downtown. The Opry plays there several times a week, except for an annual winter run at Ryman.

Each year, the CMA Music Festival (formerly known as Fan Fair) brings thousands of country fans to the city.

Nashville was once home of television shows like Hee Haw and Pop! Goes the Country, and to the Opryland USA theme park, which operated from 1972 to 1997 before being closed by its owners Gaylord Entertainment, and soon after demolished to make room for the Opry Mills mega-shopping mall.

The Christian pop and rock music industry is based along Nashville’s Music Row, with a great influence in neighboring Williamson County. The Christian record companies include EMI (formally Sparrow Records), Rocketown Records, Beach Street and Reunion Records with many of the genre’s most popular acts such as Michael Tait, Jars of Clay, Rebecca St. James, tobyMac, Michael W. Smith, Amy Grant, Steven Curtis Chapman, Mandisa, Avalon, DJ Maj and Newsboys based there. 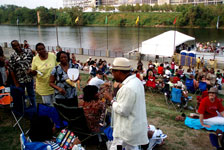 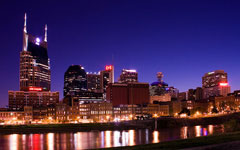 Although Nashville was never known as a jazz town, it did have many great jazz bands including The Nashville Jazz Machine led by Dave Converse and its current version, the Nashville Jazz Orchestra, led by Jim Williamson, as well as The Establishment, led by Billy Adair.

The Tennessee Performing Arts Center is the major performing arts center of the city. It is the home of the Tennessee Repertory Theatre, Nashville Children’s Theatre, the Nashville Opera, and Nashville Ballet.

In September 2006, the Schermerhorn Symphony Center opened as the home of the Nashville Symphony Orchestra.

The Gospel Music Association Dove Awards are held each April at various locations including the Grand Ole Opry or the Ryman Auditorium. Leading up to the awards is GMA week where radio stations interview and fans get autographs.

The Nashville Film Festival takes place each year for a week in April. It features hundreds of independent films and is one of the biggest film festivals in the Southern United States.

The Country Music Association Awards are usually held in November, typically at the Grand Ole Opry (with recent exceptions), and televised nationally to millions of viewers.

Other big events in Nashville include the Fourth of July celebration which takes place each year at Riverfront Park, the Country Music Marathon and Half Marathon which normally includes over 25,000 runners from around the world, the Tomato Art Festival which takes place in East Nashville every August, and the Australian Festival which celebrates the cultural and business links between the U.S. and Australia. 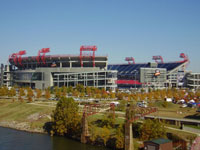 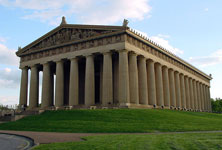 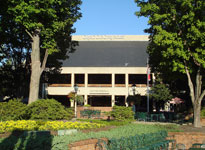 Nashville has several professional sports teams, most notably the Nashville Predators of the National Hockey League and the Tennessee Titans of the National Football League. Several other pro sports teams also call Nashville home, as does the NCAA college football Music City Bowl. The Vanderbilt Commodores are members of the Southeastern Conference. The football team of Tennessee State University plays its home games at LP Field.

If you answered yes to any of the above questions, you will need an event permit in the City of Nashville and EventPermits will facilitate all of your needs on your behalf.