Knoxville is host to many outdoor events on an annual basis. As you start the planning process, it is important to recognize that your event plays a unique part in the relationship with the community. A quality event can make a difference to the City of Knoxville. EventPermits works with the City of Knoxville and its partners, in planning safe and successful events that comply with city law. 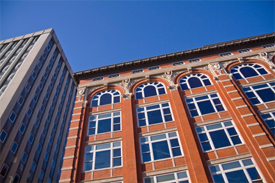 Knoxville is home to a rich arts community and has many festivals throughout the year. Its contributions to old-time, bluegrass and country music are numerous, from Flatt & Scruggs and Homer & Jethro to the Everly Brothers and Hank Williams, who spent the last night of his life there. For the past several years WDVX has broadcast weekday lunchtime concerts of bluegrass music, old-time music and more from the Knoxville Visitor’s Center on Gay Street, as well as streaming its music programming to the world over the Internet.

Knoxville also boasts an Opera Company, which has been guided by Don Townsend for over two decades. The KOC performs a season of opera every year with a talented chorus as the backbone of each production.

In its May 2003 “20 Most Rock & Roll towns in the U.S.” feature, Blender ranked Knoxville the 17th best music scene in the United States. In the ’90s, noted alternative-music critic Ann Powers, author of Weird Like Us: My Bohemian America, referred to the city as “Austin without the hype”.

The city also hosts numerous art festivals, including the 17-day Dogwood Arts Festival in April, which features art shows, crafts fairs, food and live music. Also in April is the Rossini Festival, which celebrates opera and Italian culture. June’s Kuumba (meaning creativity in Swahili) Festival commemorates the region’s African American heritage and showcases visual arts, folk arts, dance, games, music, storytelling, theater, and food. Autumn on the Square showcases national and local artists in outdoor concert series at historic Market Square, which has been revitalized with specialty shops and residences. Every Labor Day brings Boomsday, the largest Labor Day fireworks display in the United States, to the banks of the Tennessee River between the University of Tennessee football stadium and downtown.

Pulitzer Prize-winning novelist and playwright James Agee was born in Knoxville and spent his early years there. His novel A Death in the Family centers around the Fort Sanders neighborhood where the Agees lived and chronicles the death of Agee’s father. Another Pulitzer recipient, Cormac McCarthy, spent most of his childhood in Knoxville. McCarthy graduated from Knoxville Catholic High School and later attended the University of Tennessee, and his novel Suttree revolves around life among the city’s lowly in the early 1950s. Other notable natives include Patricia Neal, Quentin Tarantino, David Keith, Brad Renfro and Johnny Knoxville. 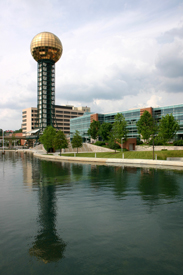 Tennessee competes in the Southeastern Conference’s Eastern Division, along with Florida, Georgia, Kentucky, South Carolina, and Vanderbilt, and has longstanding football rivalries with all of them. However, the Vols most intense and bitter rivalry is with Alabama. The teams battle every year in the Third Saturday in October. Although some people would say there is a more intense rivalry now with Florida. The Volunteers won the 1998 NCAA Division I-A National Championship in football. In addition, the Volunteers won the 1938, 1940, 1950, 1951, and 1968 National Championship three under General Neyland, and six total. . The Volunteers are coached by Lane Kiffin and play at Neyland Stadium, which averages over 107,000 fans per game. Every game since 1974 has been sold out at Neyland Stadium. Super Bowl champion Peyton Manning is among the numerous NFL athletes to start their careers at the University of Tennessee.

Bruce Pearl heads the men’s basketball program. Through his guidance, the men’s program has been revitalized and claimed the 2005-2006 SEC East Title and closed the season with a 22-8 record and a NCAA Tournament berth. In 2007, the Vols made the NCAA tourney for the second straight year, making it to the Sweet Sixteen. In 2008 the Vols claimed their first outright SEC regular season championship in 41 years. One of the highlights of the 2008 season came when UT knocked off number 1 Memphis, who was then undefeated, to claim the number one ranking in the nation. In men’s basketball, the most important rivalries are with Kentucky, Vanderbilt, Florida and cross-state rival Memphis. 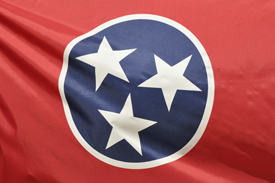 Tennessee has the strongest women’s basketball team at the college level, having won eight NCAA Division I titles (1987, 1989, 1991, 1996, 1997, 1998, 2007, 2008), the most in women’s college basketball history. The Lady Volunteers are led by Pat Summitt, who is the all-time winningest basketball coach in NCAA history. The Lady Vols’ 74-73 win over Georgia on Thursday February 5, 2009 gave the Tennessee coach her 1,000th win. Coach Summitt also boasts a 100 percent graduation rate for all players who finish their career at UT. Former Tennessee Lady Vols basketball star Candace Parker went No. 1 in the WNBA draft. Tennessee and Summitt also have a rivalry with the University of Connecticut in women’s basketball. These two schools have consistently fought great games against each other in recent years, occasionally with the national championship on the line. The regular season rivalry games ended in 2007 when Tennessee decided to not sign a contract continuing them, due to a recruiting dispute. The main women’s basketball rivals for Tennessee within the conference are Georgia, Vanderbilt, and LSU. Tennessee is the only school to make the Sweet Sixteen in all 26 of the women’s NCAA tournaments.

The University of Tennessee baseball team has reached the NCAA College World Series four times (1951, 1995, 2001 and 2005). They have produced players such as Todd Helton, Joe Randa, Chris Burke, and the number one overall pick in the 2006 MLB Draft, Luke Hochevar.

In recent years the women’s softball team has gained notoriety, reaching the Women’s College World Series three consecutive times. They placed third in 2005 and 2006 and second in 2007. Former pitcher Monica Abbott is the all-time career NCAA leader in strikeouts (2,440), shutouts (112), wins (189) and innings pitched (1448.0). The Salinas, California, native won the U.S. Softball National Player of the Year award and the Honda Award for Softball in 2007. She was also honored by the Women’s Sports Foundation as its Team Sport Player of the Year over such high-profile candidates as Kristine Lilly of the U.S. women’s soccer team and Lauren Jackson of the WNBA.

If you answered yes to any of the above questions, you will need an event permit in the City of Knoxville and EventPermits will facilitate all of your needs on your behalf.