Adjacent to Museum circle is St. Johns River Park (aka Friendship Park), location of Friendship Fountain, one of the most recognizable and popular attractions for locals as well as tourists in Jacksonville. This landmark was built in 1965 and promoted as the “World’s Tallest and Largest” fountain. 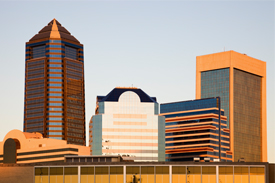 Museum of Modern Art (MoMA) opened its 60,000-square-foot (6,000 m2) facility in 2003, located adjacent to the Main Library downtown. Tracing its roots back to the formation of Jacksonville’s Fine Arts Society in 1924, the museum features eclectic permanent and traveling exhibitions. In November 2006, JMOMA was renamed Museum of Contemporary Art Jacksonville (MOCA Jacksonville) to reflect their continued commitment to art produced after the modernist period.

The Museum of Science & History (MOSH) is found on Jacksonville’s Southbank Riverwalk, and features a main exhibit that changes quarterly, plus three floors of nature and local history exhibits, a hands-on science area and the Alexander Brest Planetarium.

Mr. Brest, founder of Duval Engineering and Contracting Co., was also the benefactor for the Alexander Brest Museum and Gallery on the campus of Jacksonville University. The exhibits are a diverse collection of carved ivory, Pre-Columbian artifacts, Steuben glass, Chinese porcelain and Cloisonn, Tiffany glass, Boehm porcelain and rotating exhibitions containing the work of local, regional, national and international artists.

The Cummer Museum of Art and Gardens holds a large collection of European and American paintings, as well as a world-renowned collection of early Meissen porcelain. The museum is surrounded by three acres of formal English and Italian style gardens, and is located in the Riverside neighborhood, on the bank of the St. Johns River. There is also a hands-on children’s section.

The Karpeles Manuscript Library is the world’s largest private collection of original manuscripts & documents. The museum in Jacksonville is located in a 1921 neoclassical building on the outskirts of downtown. In addition to document displays, there is also an antique-book library, with volumes dating from the late 1800s.

The Catherine Street Fire Station building is on the National Register of Historic Places and was relocated to Metropolitan Park in 1993. It houses the Jacksonville Fire Museum and features 500+ artifacts including an 1806 hand pumper.

The LaVilla Museum opened in 1999 and features a permanent display of African-American history. The art exhibits are changed periodically. 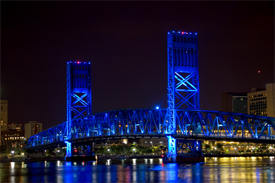 There are also several historical properties and items of interest in the city, including the Klutho Building, the Old Morocco Temple Building, the Palm and Cycad Arboretum, and the Prime F. Osborn III Convention Center, originally built as Union Station train depot.

The Art Walk, a monthly outdoor art festival on the first Wednesday of each month, is sponsored by Downtown Vision, Inc, an organization which works to promote artistic talent and venues on the First Coast.

There are also several historical properties and items of interest in the city, including the Klutho Building, the Old Morocco Temple Building, the Palm and Cycad Arboretum, and the Prime F. Osborn III Convention Center, originally built as Union Station train depot.

Shipwreck Island in Jacksonville Beach is the only water park in Duval County. It opened in 1995 and changes rides every few years to keep the season pass holders coming back.

Jacksonville operates the largest urban park system in the United States, providing facilities and services at more than 337 locations on more than 80,000 acres (320 km) located throughout the city. Jacksonville gathers significant natural beauty from the St. Johns River and Atlantic Ocean and many parks provide access for people to boat, swim, fish, sail, jet ski, surf and water ski. Several parks around the city have received international recognition. Kids Kampus, in particular, is a unique facility for families with young children. 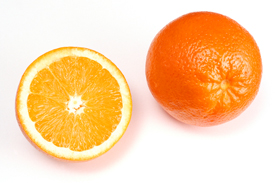 The Jacksonville Arboretum and Gardens broke ground on a new center in April 2007 and held their grand opening on November 15, 2008.

The Veterans Memorial Wall is a tribute to local servicemen and women killed while serving in US armed forces. A ceremony is held each Memorial Day recognizing any service woman or man from Jacksonville who died in the previous year.

The Treaty Oak is a massive, 250 year-old tree at Jesse Ball Dupont Park in downtown. Office workers from nearby buildings sit on benches to eat lunch or read a book in the shade of its canopy.

The Jacksonville-Baldwin Rail Trail is a linear city park which runs 14.5 miles (23.3 km) from Imeson Road to a point past Baldwin, Florida.

Jacksonville, Florida is home to a number of professional sports teams. The Jacksonville Jaguars of the National Football League compete at the major league level. The City’s other sports teams are minor league. Jacksonville is also home to two universities, a four-year college, and the fourth largest community college in the country. All of these institutions field sports teams. Additionally, several college sports events are held in Jacksonville annually by teams and conferences not located in the city.

If you answered yes to any of the above questions, you will need an event permit in the City of Jacksonville and EventPermits will facilitate all of your needs on your behalf.