Atlanta is host to many outdoor events on an annual basis. As you start the planning process, it is important to recognize that your event plays a unique part in the relationship with the community. A quality event can make a difference to the City of Atlanta. EventPermits works with the City of Atlanta and its partners, in planning safe and successful events that comply with city law. 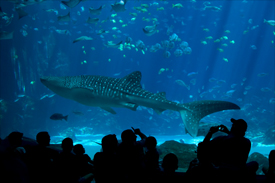 Atlanta features the world’s largest aquarium, the Georgia Aquarium, which officially opened to the public on November 23, 2005. The aquarium features more aquatic life than can be found in any other aquarium, in tanks holding approximately eight million gallons of water. Adjacent is the World of Coca-Cola which opened in May 2007, featuring the history of the world famous soft drink brand and its well-known advertising. Pemberton Place, the 20-acre (81,000 m2) site which houses the Georgia Aquarium and the World of Coca-Cola is within walking distance of Centennial Olympic Park, the Georgia Dome, Philips Arena, the CNN Center and other downtown Atlanta tourist attractions. Underground Atlanta, a historic shopping and entertainment complex is situated under the streets of downtown Atlanta. In addition Atlantic Station, a huge new urban renewal project on the northwestern edge of Midtown Atlanta, officially opened in October 2005. While not a museum per se, The Varsity is the main branch of the long-lived fast food chain, featured as the world’s largest drive-in restaurant. 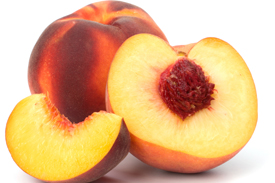 The arts are represented by several theaters and museums, including the Fox Theatre. The Woodruff Arts Center is home to the Alliance Theatre, Atlanta Symphony, and High Museum of Art. The Atlanta Contemporary Art Center is the city’s home for challenging contemporary art and education geared toward working artists and collectors of art. Museums geared specifically towards children include the Fernbank Science Center and Imagine It! Atlanta’s Children’s Museum. The High Museum of Art is the city’s major fine/visual arts venue, with a significant permanent collection and an assortment of traveling exhibitions. The Michael C. Carlos Museum, located at Emory University, houses the Southeast’s largest collections from ancient Egypt, Greece, Rome, the Near East, and the ancient Americas. The Atlanta Opera, which was founded in 1979 by members of two struggling local companies, is now one of the fastest growing opera companies in the nation and garners attention from audiences around the world. 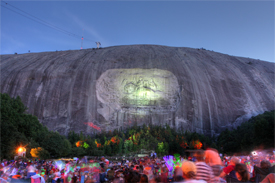 Atlanta hosts a variety of museums on subjects ranging from history to fine arts, the Olympics, natural history, and beverages. History museums and attractions include the Atlanta History Center; the Martin Luther King, Jr. National Historic Site, which contains the preserved home of Dr. Martin Luther King, Jr., as well as King’s final resting place; the Atlanta Cyclorama and Civil War Museum, a huge painting and diorama in-the-round, with a rotating central audience platform, that depicts the Battle of Atlanta in the Civil War; the Carter Center and Presidential Library; historic house museum Rhodes Hall; the Wren’s Nest, former home of Brer Rabbit author Joel Chandler-Harris; and the Margaret Mitchell House and Museum.

Piedmont Park hosts many of Atlanta’s festivals and cultural events. In 1887, a group of prominent Atlantans purchased 189 acres (0.76 km2) of farmland to build a horse racing track, later developed into the site of the Cotton States International Exposition of 1895. In 1904, the city council purchased the land for US$98,000, and today it is the largest park in metro Atlanta, with more than 2.5 million visitors each year. The grounds were part of the Battle of Peachtree Creek – a Confederate division occupied the northern edge on July 20, 1864 as part of the outer defense line against Sherman’s approach. Next to the park is the Atlanta Botanical Garden. Zoo Atlanta, with a panda exhibit, is in Grant Park.

Stone Mountain is the largest piece of exposed granite in the world. On its face are giant carvings of Jefferson Davis, Robert E. Lee, and Stonewall Jackson. It is also the site of laser shows in the summer. A few miles west of Atlanta on I-20 is the Six Flags Over Georgia Theme Park, which opened near the city in 1967, and was the second theme park in the Six Flags chain.

If you answered yes to any of the above questions, you will need an event permit in the City of Atlanta and EventPermits will facilitate all of your needs on your behalf.