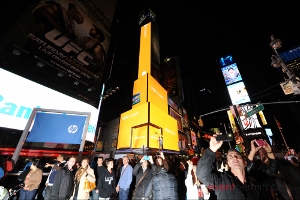 One of the fun, interactive features of this event was the ground event that allowed attendees to sample Microsoft Tablets by displaying images they created on the tablet on some of the screens in Times Square through a live feed.